Organising an atypical wedding in Paris

Each love story is moving but Francesca’s and Frederick’s is really one of a kind.

This young couple met in the same classroom when they were little kids.

And since then, the two soulmates stayed together. First as best friends, then as lovers even though distance kept them apart sometimes.

Then came the time of engagement and marriage. And to seal their fate, these unusual lovebirds decided to hit the road down to Paris.

When they reached out to us for their Paris elopement, the couple had planned to come only with a friend who would act as their officiant. 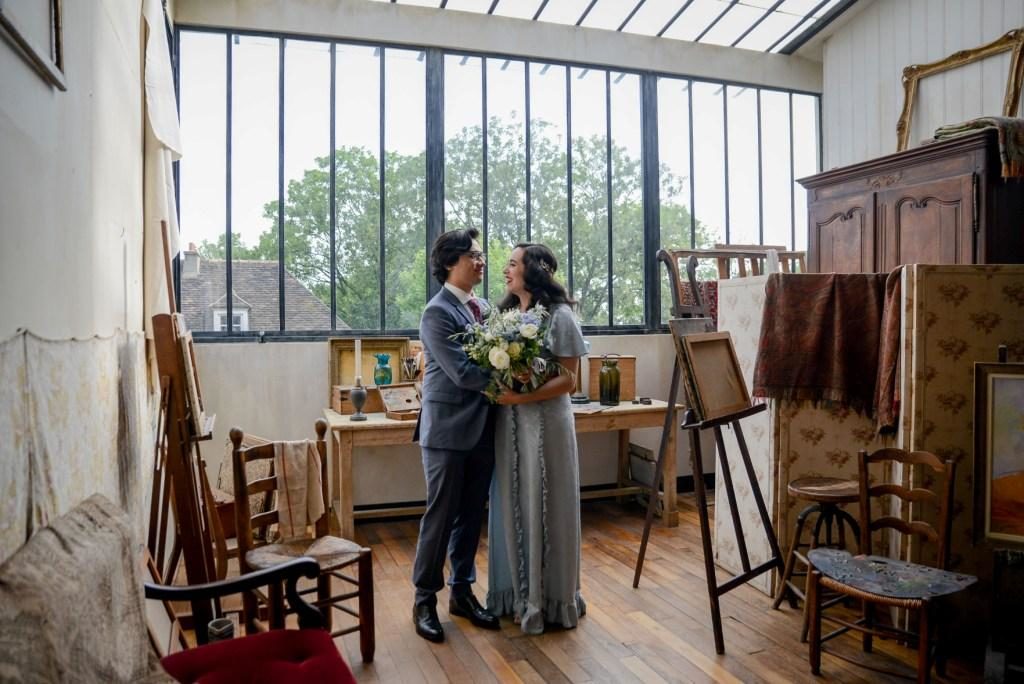 They were looking for a special place to celebrate their wedding, that would symbolise their unique love.

In a nutshell, even though they obviously liked the touristic places such as the Eiffel Tower or the parc behind Notre Dame de Paris, they just weren’t cut out for them.

And so, we managed to find them a museum that we privatized for the occasion. The place was just perfect and completely matched their artistic personalities.

So imagine our surprise when Francesca told us little less than three months before the wedding that there would be 20 people attending.

Boy, even if we were really thrilled for them, the first reaction you have when you’re a wedding planner is to instantly think about logistics! Indeed, this place was not meant to host that many guests.

Therefore, we established a plan B. The ceremony would happen outside instead of inside as originally planned, because the room was too small. The guests will be standing up but who cares, all that matters is that everyone is together and that the weather is nice.

The couple was glad to see that 18 of their guests were flying especially from the US to share this moment with them. It is indeed important to be surrounded by people you love in such meaningful time of life.

The big day was coming. There was a gorgeous weather and we were welcoming the guests that were slowly arriving.

They were simply ecstatic in front of the place and its beautiful scented roses that were blooming in the garden, in this particular morning of May 26th.

The bride showed up and so the ceremony could begin. It was beautiful and moving. 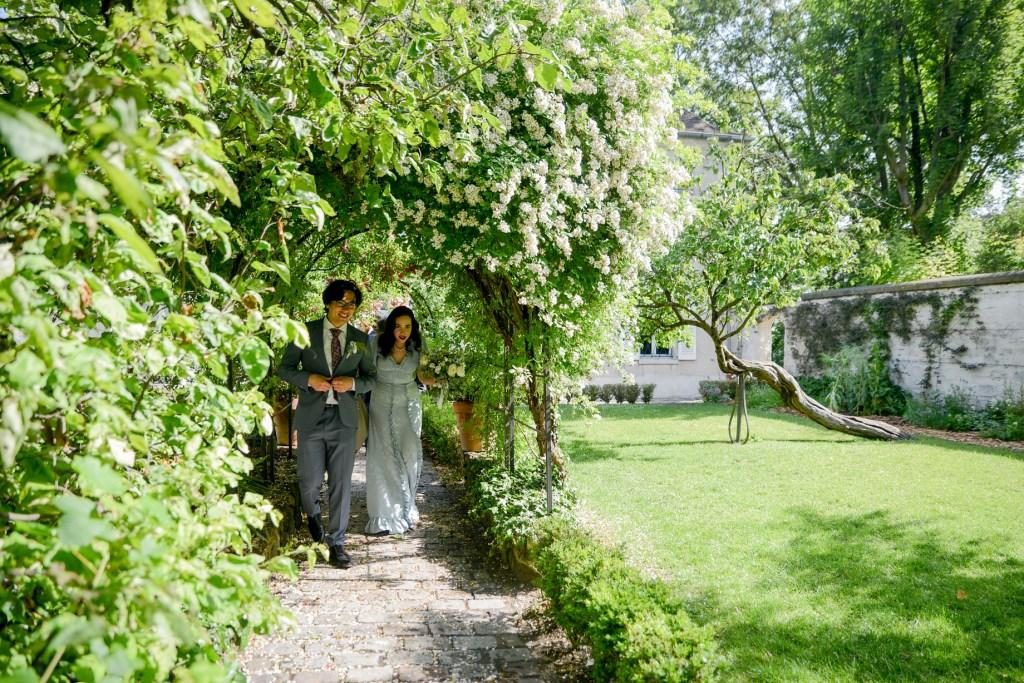 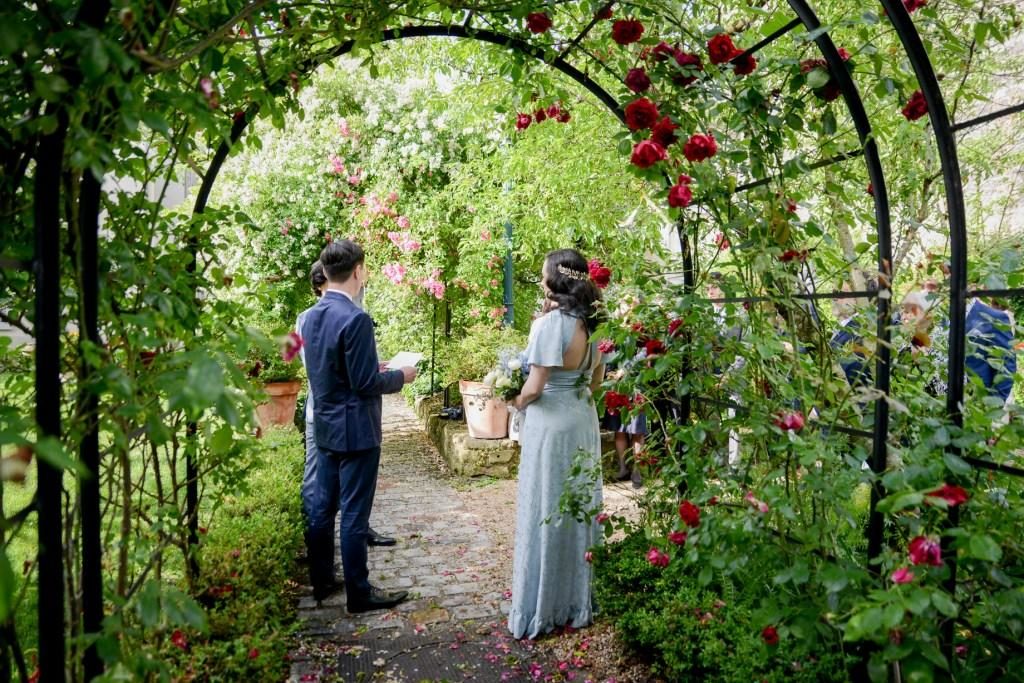 After that, the happy couple went to Paris to do some more photos and finally joined their guests in the restaurant that was hosting their lunch. 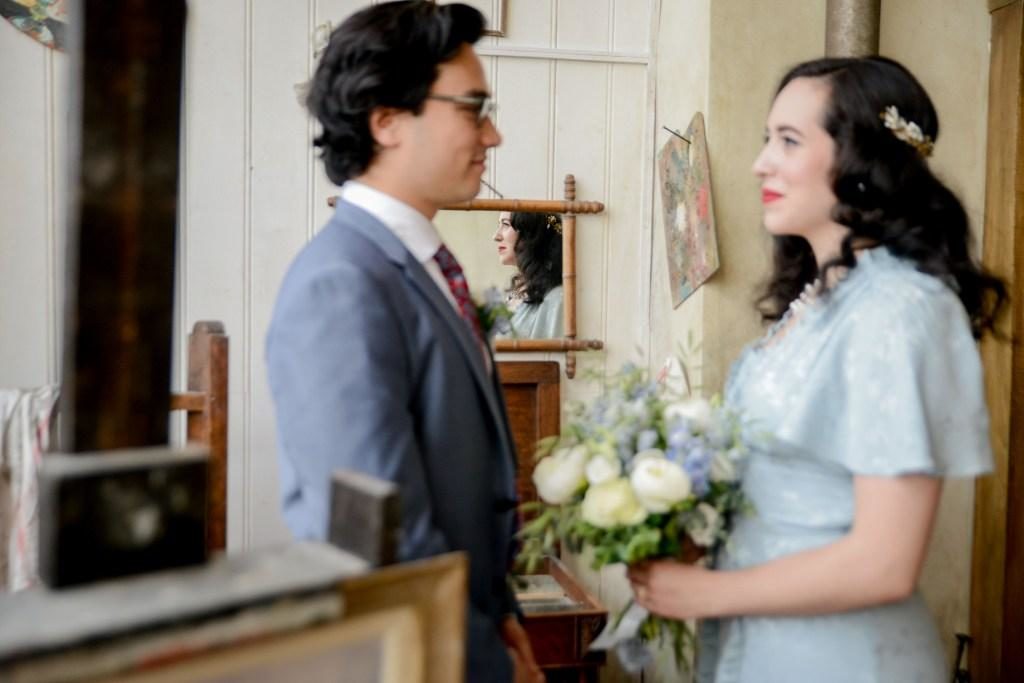 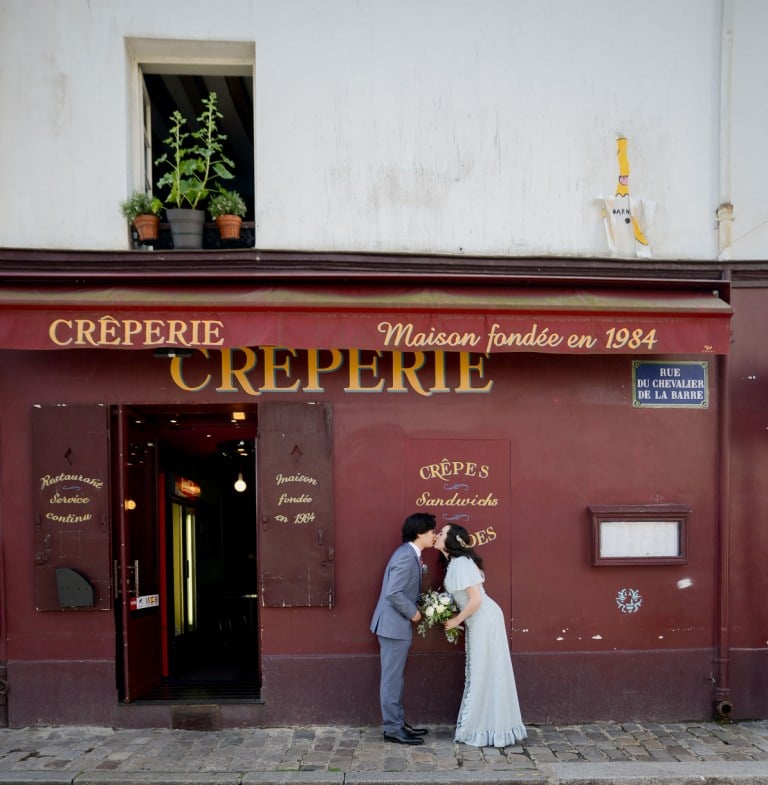 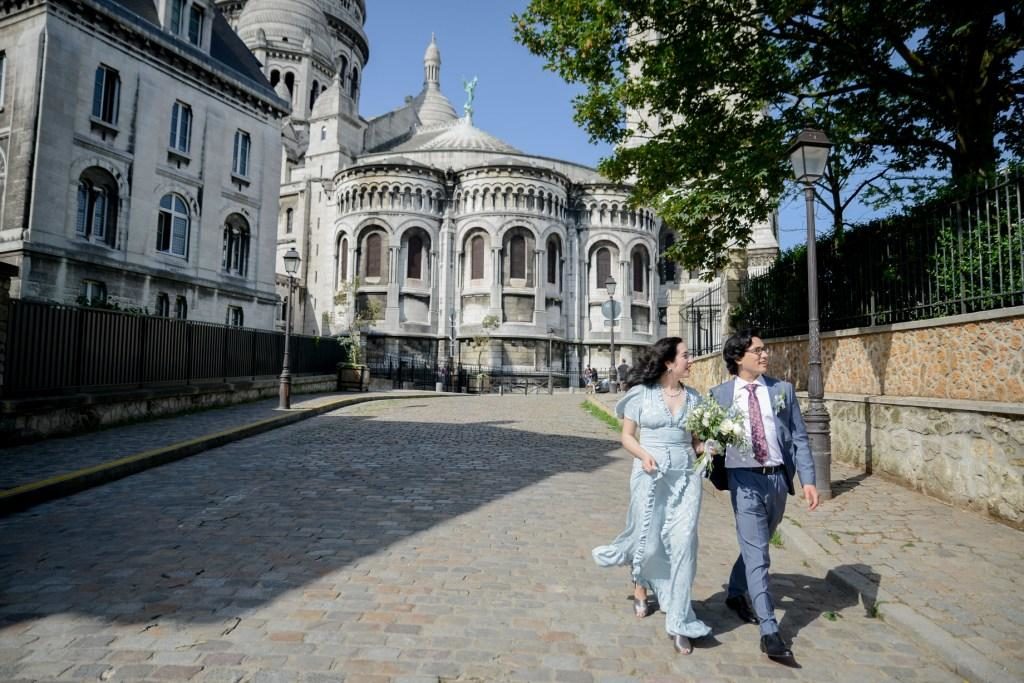 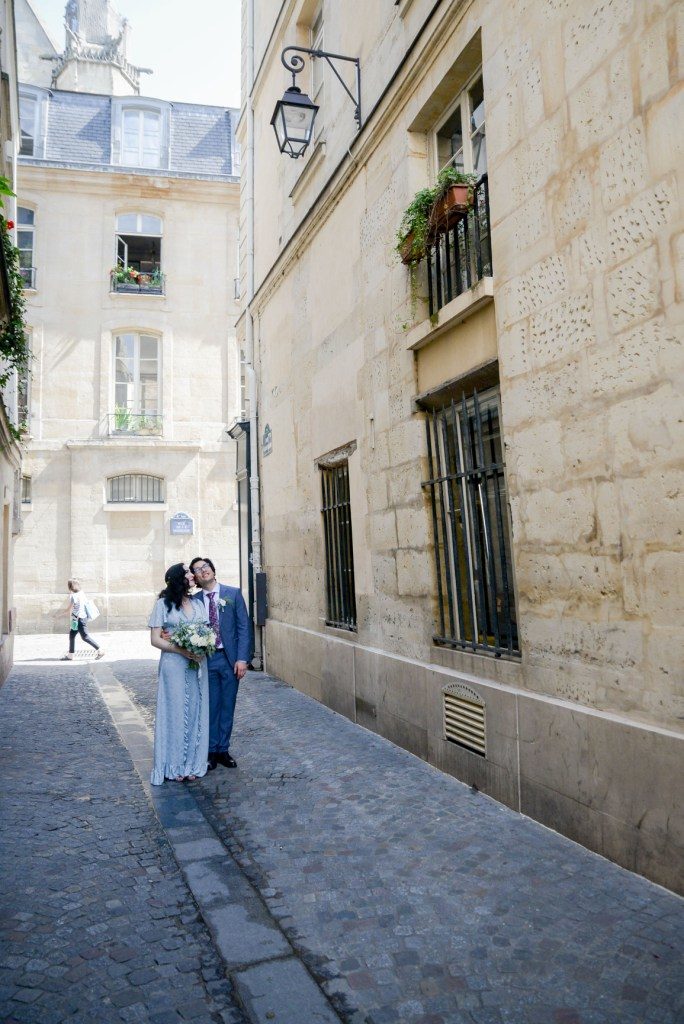 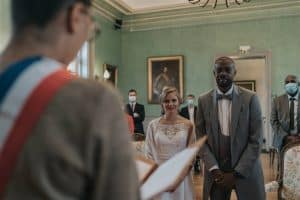 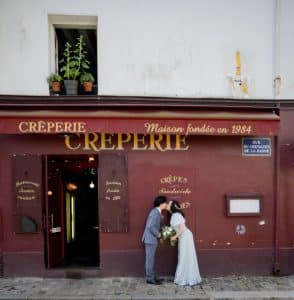 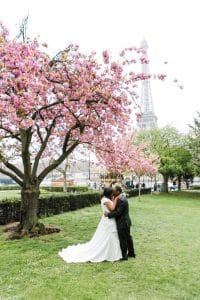 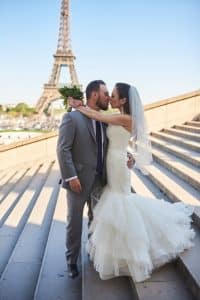 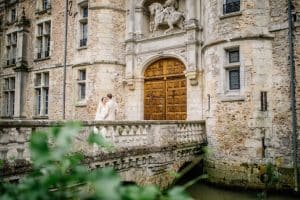 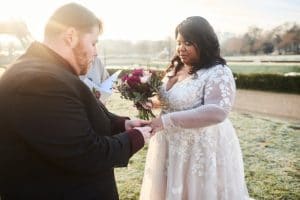