Same-sex marriage in the USA

A historic step was taken this Friday, 26th June 2015…the US Supreme Court ruled in favour of legalizing same-sex marriage in every state in America. 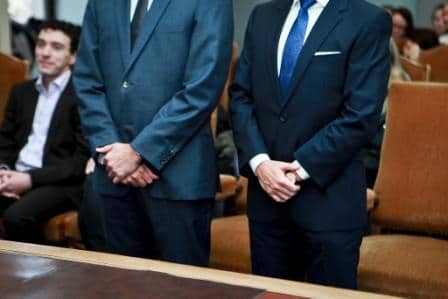 Now same-sex couples can legally marry in all 50 states! Previously, only 37 states and the district of Columbia had authorised gay marriage. For this right to stretch across the WHOLE of America is a truly momentous decision.

This decision was eagerly awaited and was of course celebrated just in front of the Supreme Court : hundreds of supporters of same-sex marriage were waving rainbow flags.

The ruling was eagerly awaited, and celebrated in style. Hundreds of supporters gathered in front of the Supreme Court with their rainbow striped flags, while President Obama made a statement declaring:

This decision affirms what millions of Americans already believe in their hearts. When all Americans are treated as equal, we are all more free.

We at Ceremonize are delighted about the decision. In France, the decision to legalise same-sex marriage came in April 2013, but we have always been happy to help all lovers, whatever their sexual orientation, to organise their dream marriages. Love is love!

When Ceremonize was launched six years ago, we helped to organise civil unions (PACS), and now we are thrilled to be able to help gay couples, from the USA and all over the world, to organise their weddings or elopements in Paris!