Cigdem and Nathan, who hail from Istanbul in Turkey, chose to renew their wedding vows in beautiful Paris.

They decided to only invite the people who were most important to them – both of their parents and the bride’s brother.

The ceremony was an intimate affair, and took place in the Buttes Chaumont park in sunny July.

The couple entrusted the Ceremonize team with the organisation of their big day. We had some great conversations in advance about how the day would unfold, and both N and C had lots of ideas. Our team accompanied them through their two-month preparation period, working to create a day that would fully match their expectations.

The day began with C’s beauty routine, carried out by a hairdresser and makeup artist at her Paris hotel.

Then the couple and their 5 guests made their way to Buttes Chaumont. The bride carried a pretty lavender bouquet which we secured with a tulle ribbon tied in a large bow, just as she had envisaged.

Then came the ceremony, which was at once incredibly moving and relaxed. Both parents said a few words, which was very touching indeed.

Even though it was only a vow removal ceremony, the couple decided to re-exchange their rings in a strong symbolic gesture.

Once the ceremony was over, the guests had a few photos taken. Then the bride and groom slipped off for their photo tour of Paris in a charming vintage car – a 2CV!

We had planned an action-packed route that would take the couple to all of the most memorable sites in Paris – an authentic bakery, a little Parisian side street, Notre Dame cathedral, the Love Locks bridge, and of course, the pretty little merry-go-round in view of the Eiffel Tower!

The couple had a lovely time, and were able to fully enjoy the beautiful day that we had the privilege of helping them organise.

We wish them all the best! 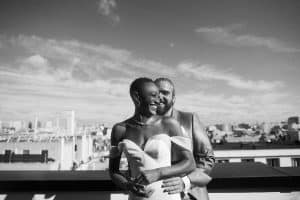 Weddings can be really hard to plan and sometimes you need to hear about some neewly wives feedbacks about this day. We all want this 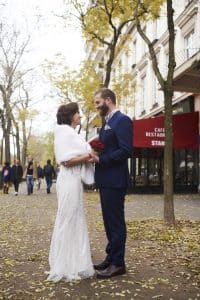 How to plan a winter wedding in Paris

Winter in Paris are cold but still magical if you want to have your own winter wonderland. Weddings can be difficult to organize even more 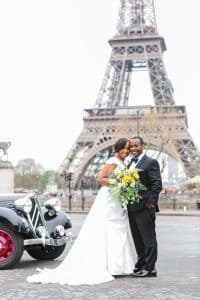 How to celebrate like a real parisian: wedding Edition

You want to celebrate your union with your partner and you want to do so with the French charm? Here is how to get married 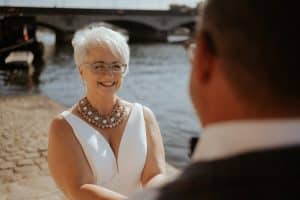 The most glamorous short hair wedding styles in 2023

Sometimes it’s hard to find your way around for brides with short hair. Whatever your hair length, we can help you find your casual chic 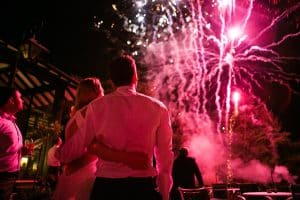 The bachelorette party is part of the most important things to take in consideration when you decide to get married. That is something that can 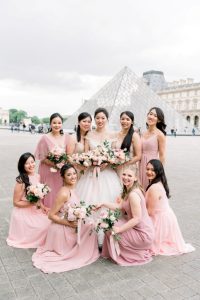 Birdesmaids proposal: how to ask to be my bridesmaid